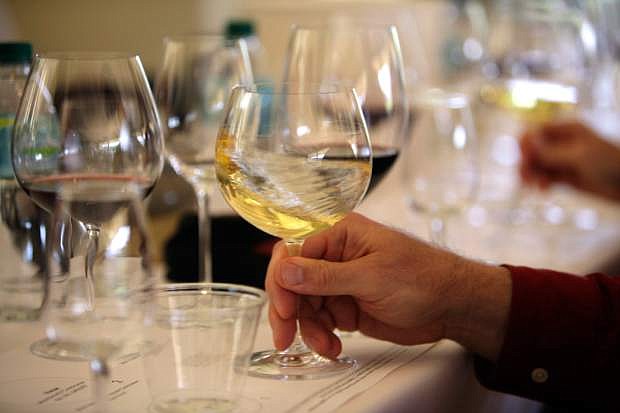 File - In this May 20, 2009 file photo a glass of white wine is swirled during a tasting in Oakville, Calif. More than two dozen California vintners are facing a lawsuit claiming their wines contain dangerously high levels of arsenic. The industry group Wine Institute dismissed the allegations as &quot;false and misleading.&quot; (AP Photo/Eric Risberg, File)