Spring off to a cool start in Carson City 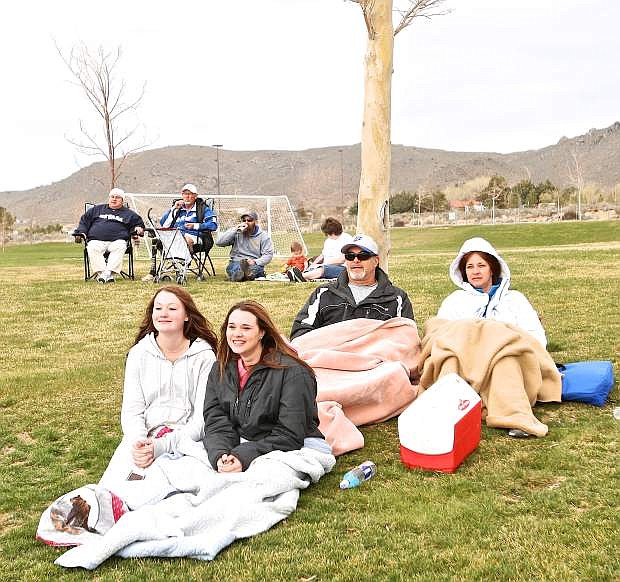 Despite spring&#039;s cool start at 3:45 p.m. WNC Softball fans Kristalei Wolfe and Carlie, Mike and M&#039;lisa Callahan sit under blankets and enjoy the game Friday afternoon at the Edmonds Sports Complex. The Callahan&#039;s daughter Kelsie is a first baseman for the Wildcats.