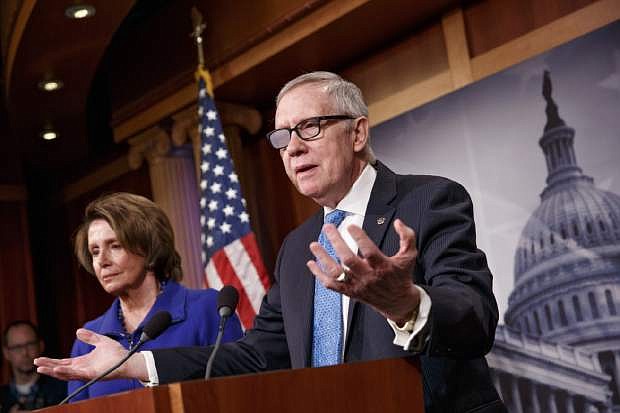 FILE - In this Feb. 26, 2015 file photo, Senate Minority Leader Harry Reid of Nev., accompanied by House Minority Leader Nancy Pelosi of Calif., gestures during a news conference on Capitol Hill in Washington. Reid is announcing he will not seek re-election to another term. The 75-year-old Reid says in a statement issued by his office Friday that he wants to make sure Democrats regain control of the Senate next year and that it would be &quot;inappropriate&quot; for him to soak up campaign resources when he could be focusing on putting the Democrats back in power. (AP Photo/J. Scott Applewhite)