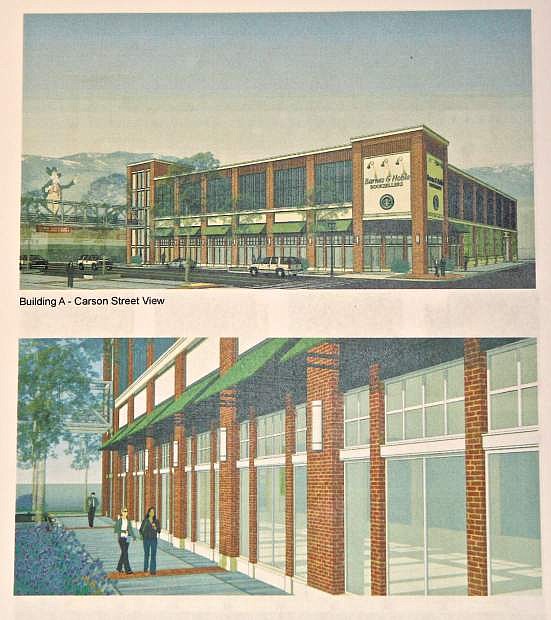 A photograph of an artist&#039;s renderings of the Capitol Mall project are shown at Community Development Department. Building A is the parking garage west of the Carson Nugget on the parking lot/ice rink block.