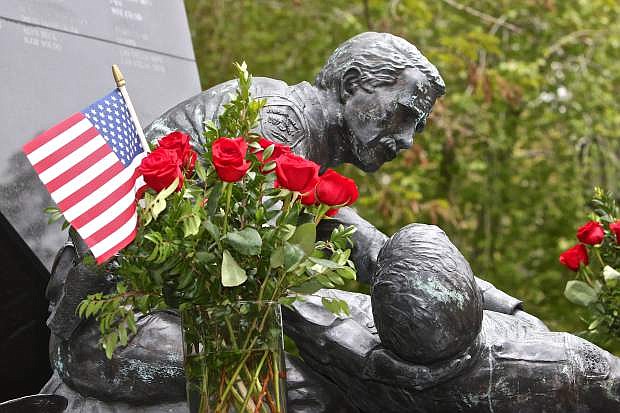 The Fallen Officers Memorial is adorned with flags and roses Thursday afternoon on the Capitol Mall.