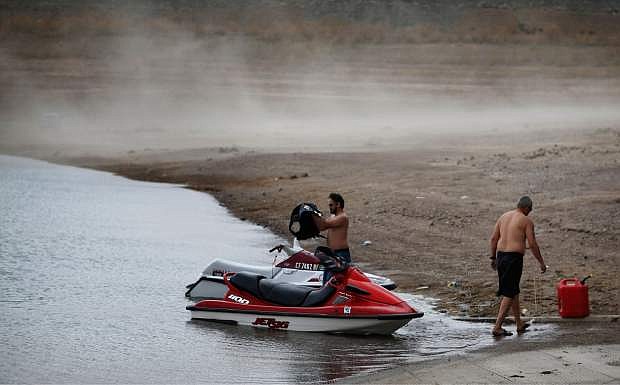 People prepare to launch watercraft as wind kicks up dust on an area that was once underwater at the Boulder Harbor boat ramp in the Lake Mead National Recreation Area, Monday, May 18, 2015, near Boulder City, Nev. Federal water managers are projecting Lake Mead will drop to levels in January 2017 that could force supply cuts to Arizona and Nevada. (AP Photo/John Locher)