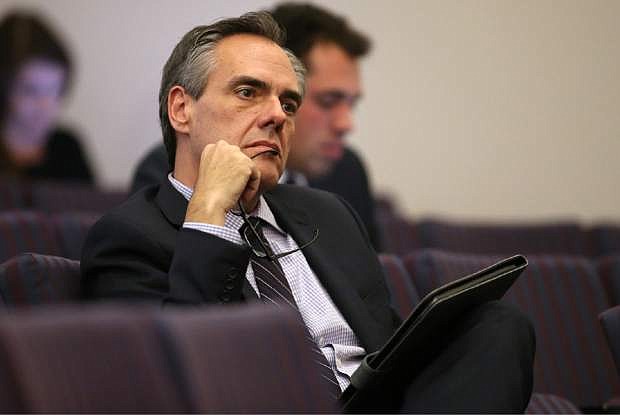 Nevada Superintendent Dale Erquiaga listens to discussion of a bill that would create a teacher scholarship program and series of bonuses to help address Nevada&#039;s teacher shortage during a hearing at the Legislative Building in Carson City, Nev., on Wednesday, May 27, 2015. The full Senate held a special committee meeting Wednesday and approved SB511, a $15 million measure introduced last week by Gov. Brian Sandoval. (AP Photo/Cathleen Allison)