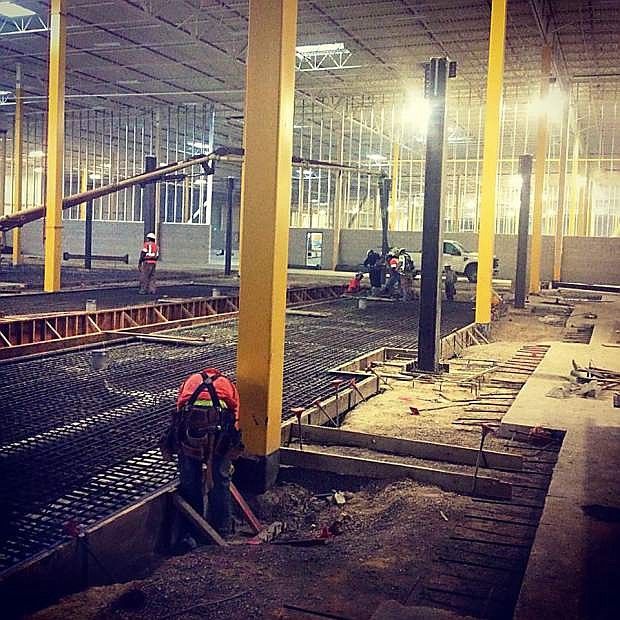 Construction workers preparea building for an early morning concrete pour at the Tahoe Reno Industrial Center. Numerous projects are underway and planned at TRIC, including multi-year projects by Tesla, Switch and eBay.