A year out, 2 sides claw for Nevada Legislature majority 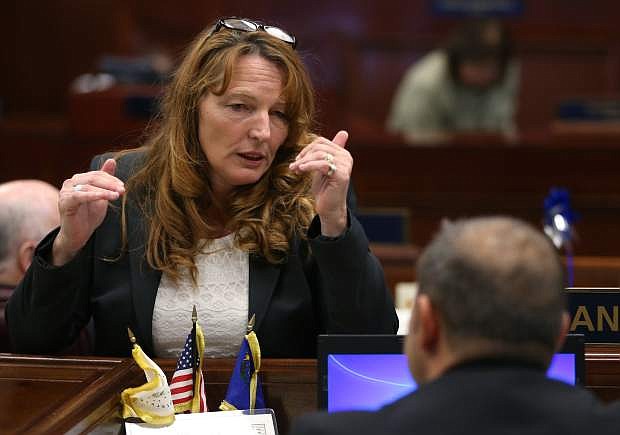 FILE - In this Sept. 10, 2014, file photo, Nevada Assembly Speaker Marilyn Kirkpatrick, D-North Las Vegas, talks with Assemblyman Paul Anderson, R-Las Vegas, at the Legislature in Carson City, Nev. The election is still a year away, but Republicans and Democrats are hard at work behind the scenes in hopes of capturing a coveted majority in the Nevada Legislature. (AP Photo/Cathleen Allison, File)