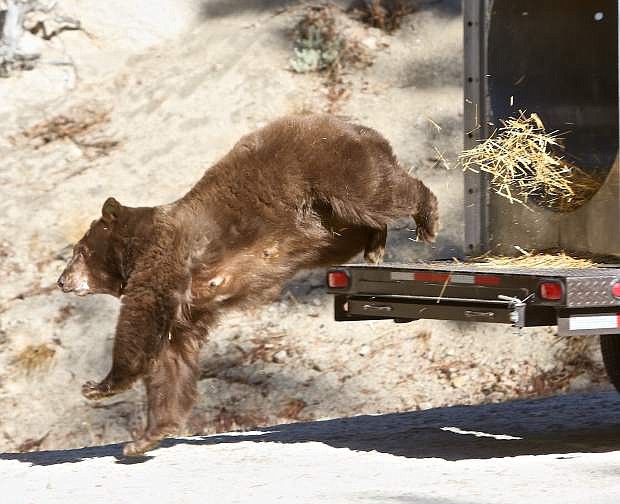 A 14-year-old, 300 pound. female black bear is released back into the Carson Range last week by NDOW officials after being hit by a car and suffering some minor injuries on Oct. 27 in Washoe Valley. She was released with her two 8-month-old cubs who were not hit by the car.