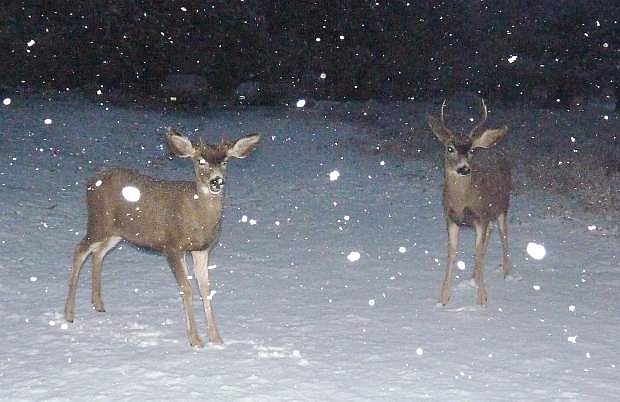 Deer in the snow on Tuesday morning in Genoa.