About 100 run in remembrance of 2011 Carson City IHOP shooting 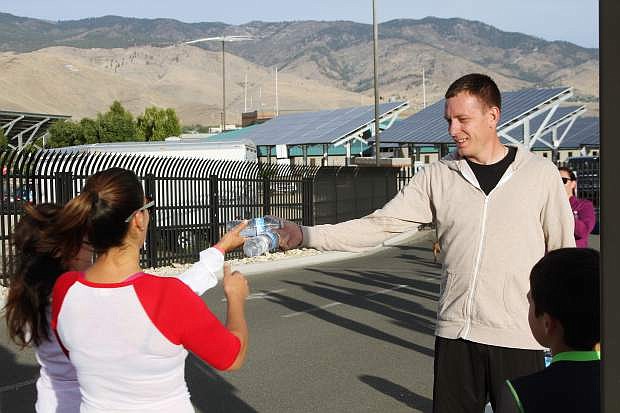 John Fansler passes out water at the finish line at the National Guard base after the IHOP Rememberance Run Sunday in Carson City.