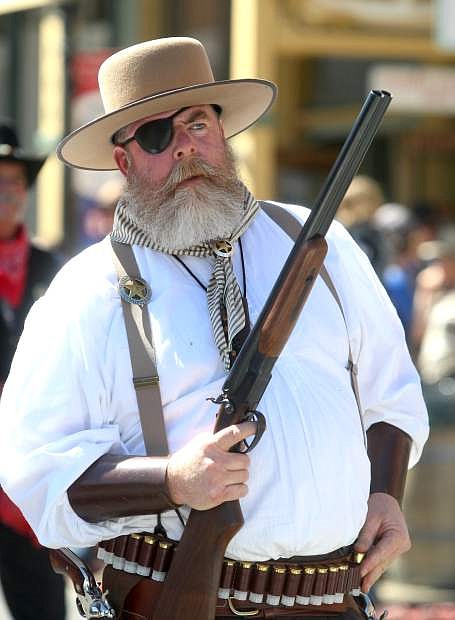 A member of the Virginia City Vigilance Committee prepares to reload his shotgun while walking in the annual Labor Day parade on Monday.