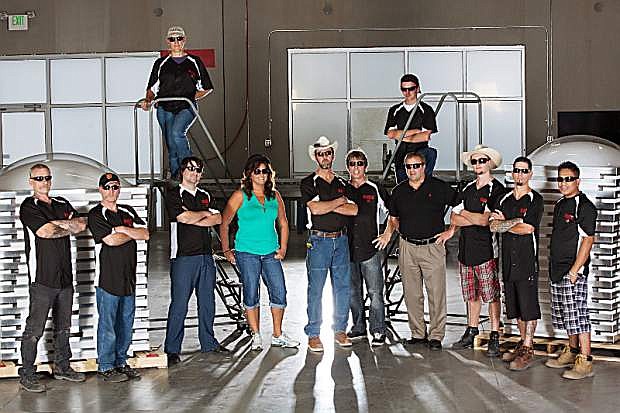 The crew at Wasco Skylights&#039; manufacturing plant in Stead.