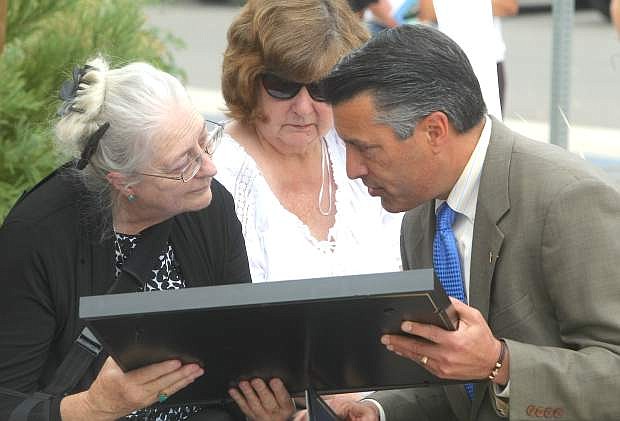 Gov. Brian Sandoval presents a State Flag and Proclamation to Susan Arding during the Nevada Department of Transportation Memorial Star Dedication to her son Ron Raiche, Jr. on Monday.