Gov.’s Mansion getting a facelift 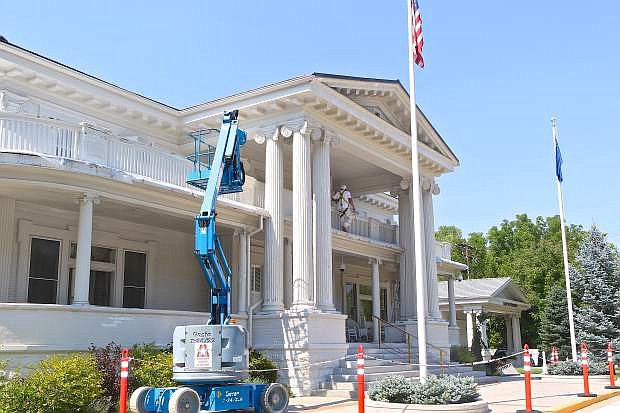 Mario Soto of Nevada Commercial Coatings walks along the railing above the entry of the Governor&#039;s Mansion Thursday.