Wally’s World is a vacation of serious art 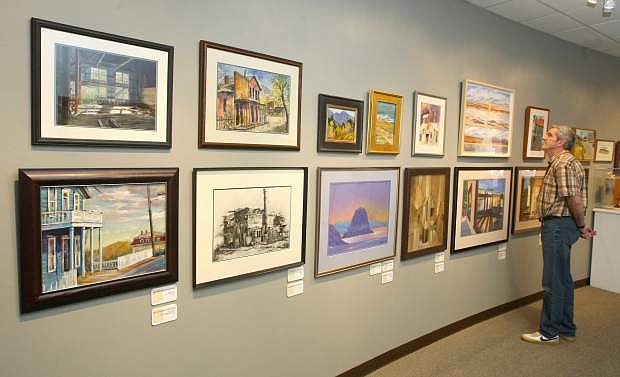 Joe Paslov, an administrative assistant with the Nevada Arts Council views the art collection of Wally Cuchine that is on display at the council&#039;s office.