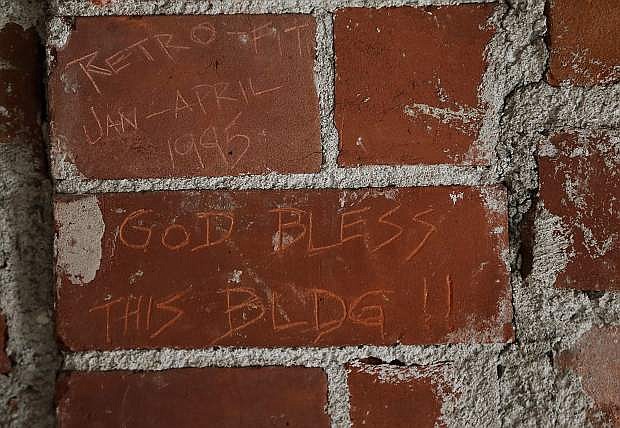 Dozens of signatures and messages cover the walls of the clock tower in the Laxalt Building in Carson City, Nev., seen on Tuesday, June 9, 2015.