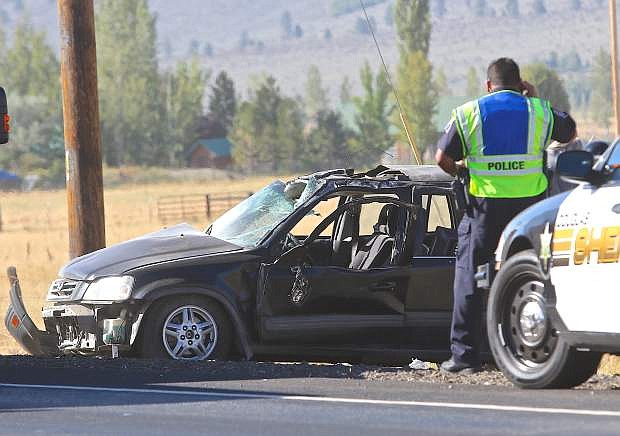 A totaled Honda CR-V is seen after a rollover accident on Hwy. 88 near Kimmerling road in Gardnerville Saturday morning.