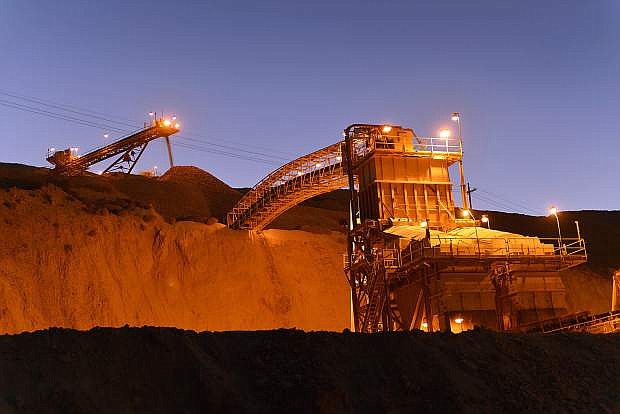 Nightime operations at the the Coeur Rochester mine in Pershing County.