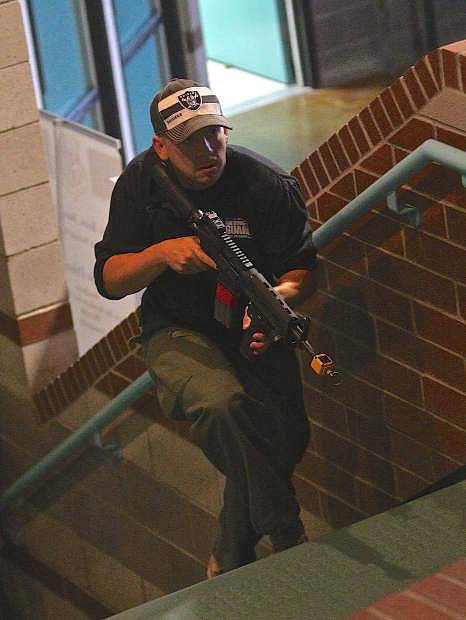 Arik Sitton, CCSO Deputy and National Guardsman, plays the role of an &#039;active shooter&#039; Wednesday at the National Guard depot in Carson City.