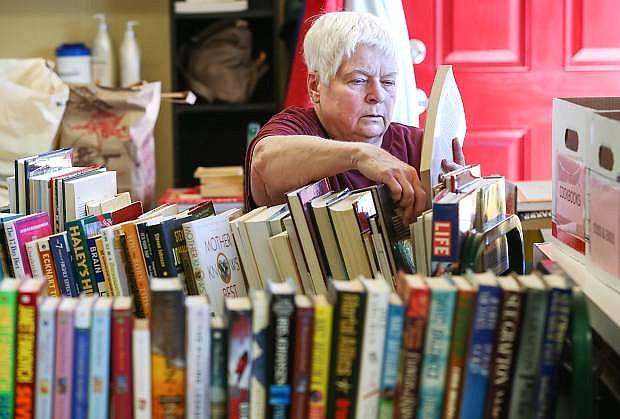 Volunteer Pat Blake sorts donated books at the Browsers Corner Bookstore on Monday. Proceeds from the bookstore go to fund programs at the Carson City Library.