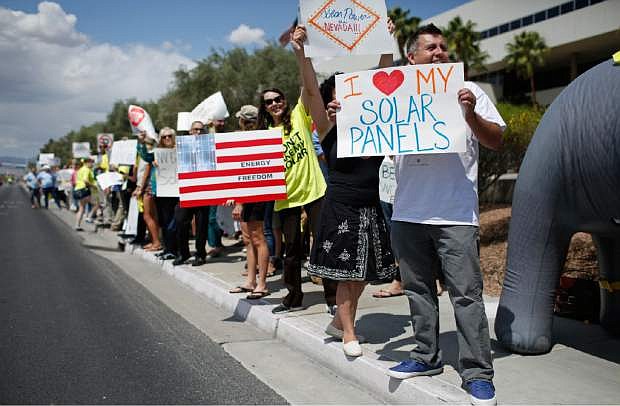 FILE--In this April 22, 2015, file photo, protestors, including Ronald Brittan, right, line up along the street during a rally in front of NV Energy in Las Vegas, Nev. The Nevada Supreme Court has decided not to allow a measure on the statewide ballot in November about rooftop solar electricity rates. Justices ruled Thursday, Aug. 4, 2016, that a referendum by opponents of a 2015 state law was fundamentally flawed. (AP Photo/John Locher, file)