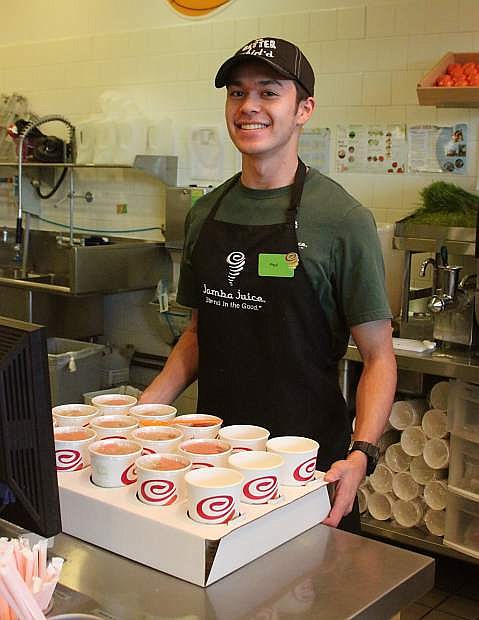 Paul Klemm, treasurer of the New Entrepreneur Network club at Carson High School, is in training to become a manager at Jamba Juice.