The rainbow before the storm 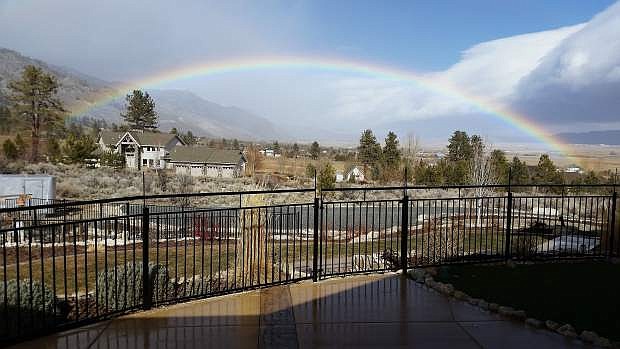 Gary Boudreau took this photo of a rainbow off Foothill and Centerville roads in Gardnerville on Friday morning.