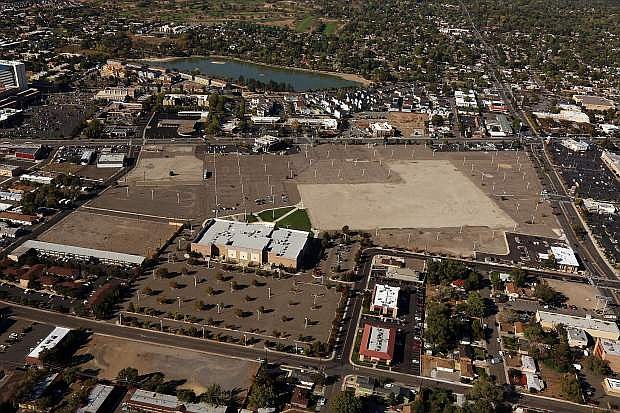 Reno Land Inc.&#039;s purchase of the long empty Park Lane Mall site closed escrow last month. The site can be seen in this aerial photo looking west with the intersection of Plumb Lane and South Virginia Street seen in the upper right of the photo.