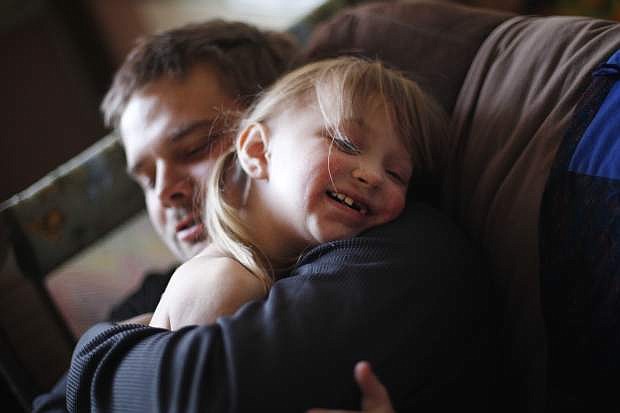 In this Friday, Nov. 4, 2016, photo, Justin Hathaway hugs his daughter Ella, who suffers from Goltz syndrome, a rare illness that requires frequent care from medical specialists, at their home in Tonopah, Nev. Tears well up in the eyes of Ella&#039;s mother, lifelong Tonopah resident Acacia Hathaway, as she talks about last year&#039;s closure of Nye Regional Medical Center, the only hospital within 100 miles of her home. (Rachel Aston/Las Vegas Review-Journal via AP)