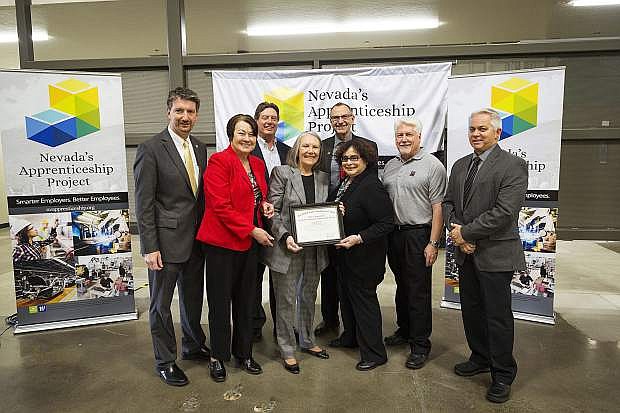 Representatives from TMCC, the Department of Labor Office of Apprenticeship, Click Bond and Nevada Governor&#039;s Office of Economic Development celebrate the announcement of Click Bond becoming one of the first employer partners for Nevada&#039;s Apprenticeship Project.