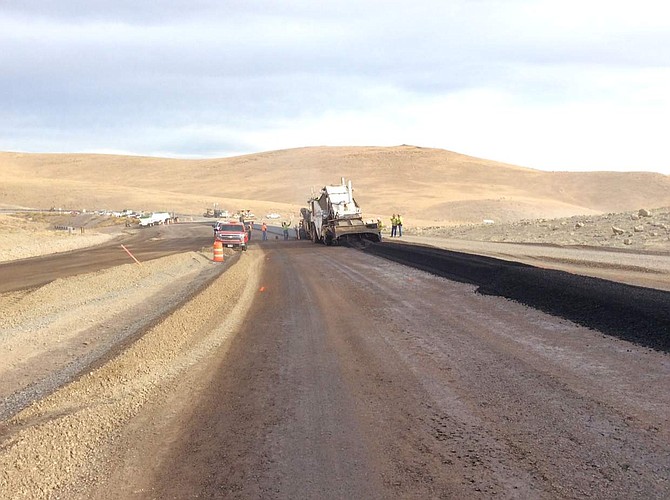 Paving has begun on the USA Parkway extension.