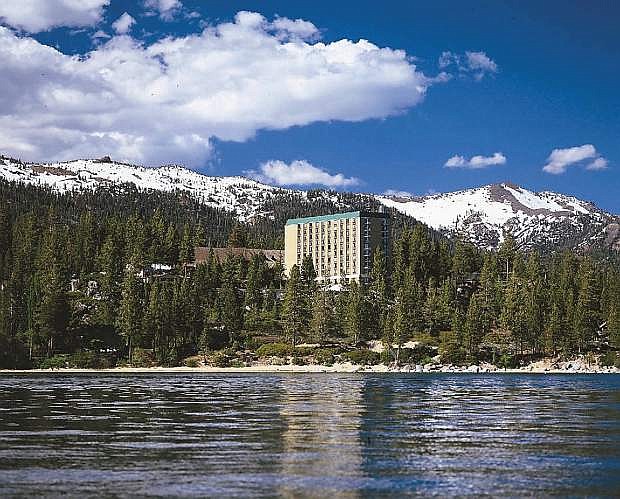 A look at the famed Cal Neva from Lake Tahoe.