Man rescued from the flames at Burning Man festival 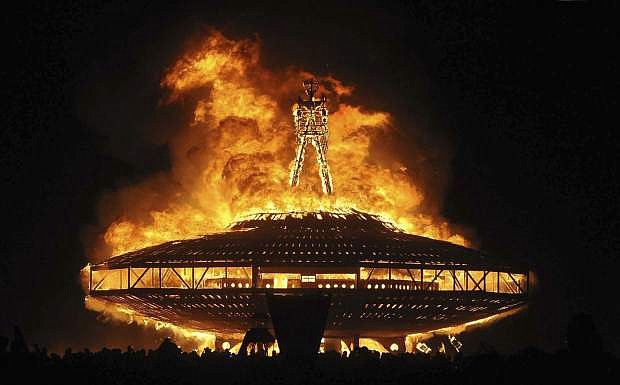 FILE - In this Aug. 31, 2013, file photo, the &quot;Man&quot; burns on the Black Rock Desert at Burning Man near Gerlach, Nev. A Nevada sheriff says the man who ran into the flames at the Burning Man festival&#039;s signature burning ceremony has died. Pershing County Sheriff Jerry Allen identified the man as Aaron Joel Mitchell, 41, who died Sunday, Sept. 3, 2017, morning at the UC Davis hospital burn center in California. (Andy Barron/Reno Gazette-Journal, File via AP)