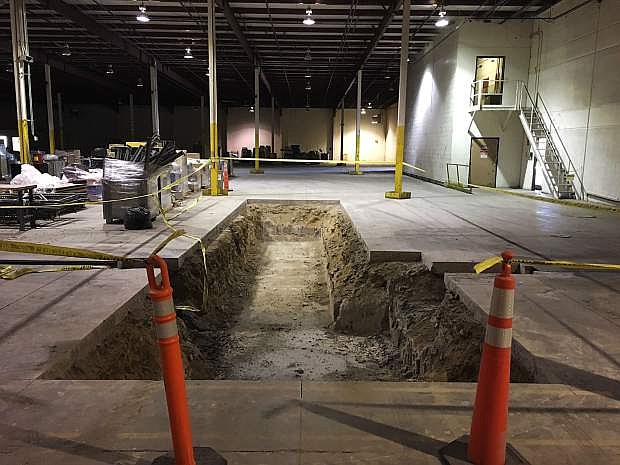 Interior repairs being made at RTP Company in Dayton. The company is preparing to re-open the facility by the end of the year.