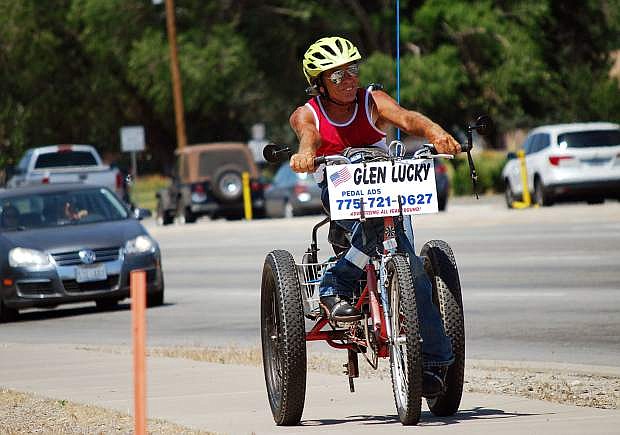 Glen Lucky rides his tricycle near the intersection of Fairview Drive and Carson Street on Monday, July 3, 2017. Guy Clifton/Travel Nevada