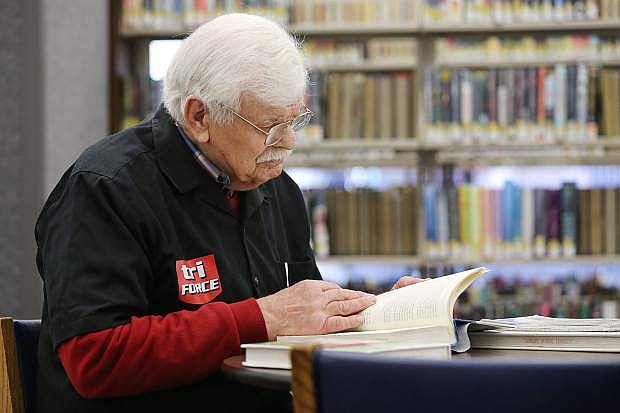 Mario Garzanelli talks about a new carpet-stretching device he invented using resources at the Carson City Library. After 60 years of installing carpet, Garzanelli read books at the library about physics, mechanics, engineering, patents and other topics, leading him to his triForce tools. Photo by Cathleen Allison/Nevada Momentum