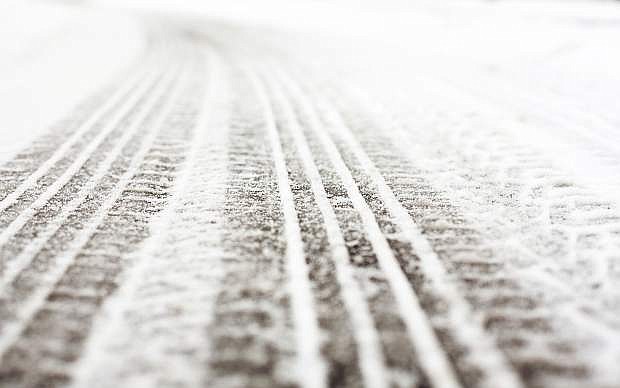 Wheel tracks on the winter road covered with snow.