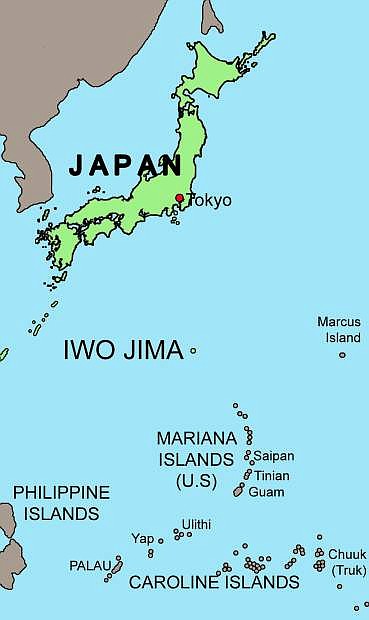 This map shows the key islands that the U.S. military invaded during the last year of World War II. Marine Bayne Stevens of Gardnerville belonged to the 4th Marine Division that stormed ashore Tinian, Iwo Jima and Saipan.