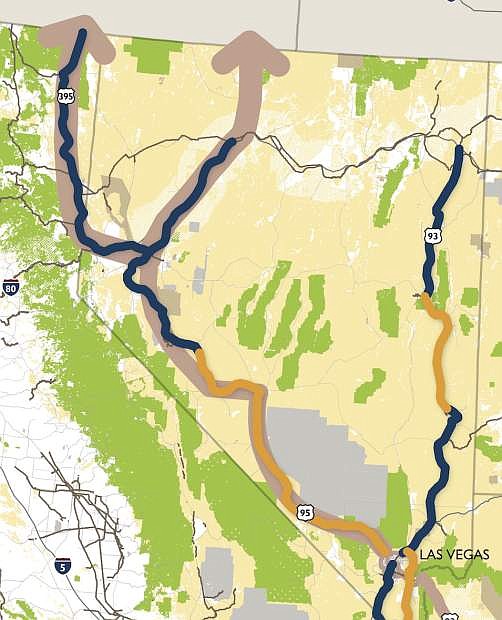 A map of the potential Interstate 11 route through Nevada.