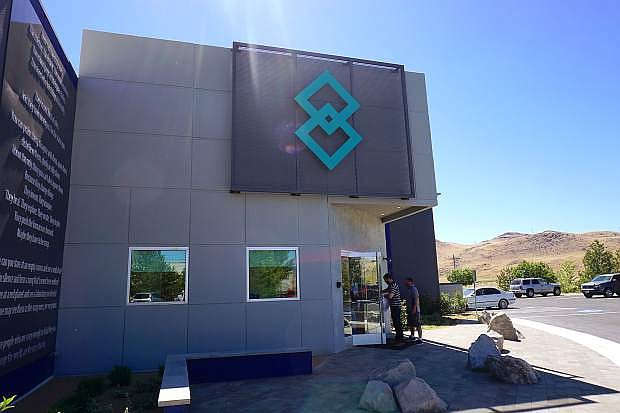 A look outside of Blockchains&#039; 25,000-square-foot facility, which covers roughly half an acre of the company&#039;s 67,000 acres at the Tahoe-Reno Industrial Center.