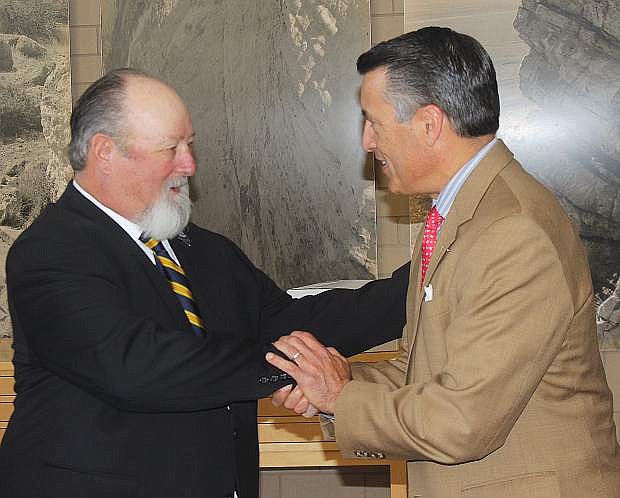 Gov. Brian Sandoval, right congratulates Tom Spencer for being named Veteran of the Month for September.