One Nevada Credit Union helps in $4,000 donation to SPCA of Northern Nevada 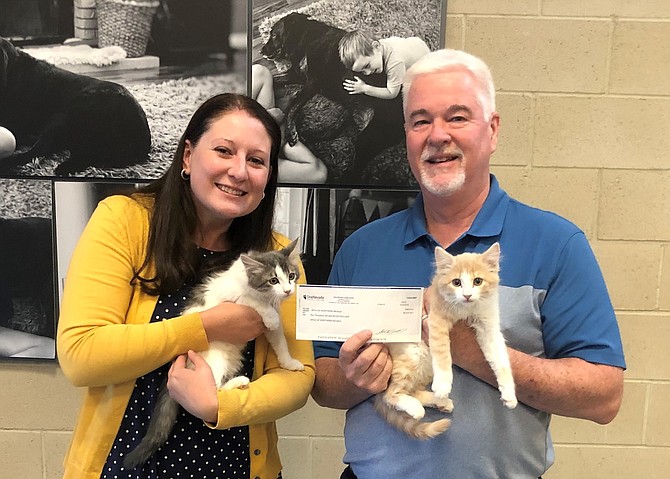 Lisa Jansen, of One Nevada Credit Union, and Sean Farnan, SPCA of Northern Nevada Development Director, hold two kittens up for adoption, along with the donation check.