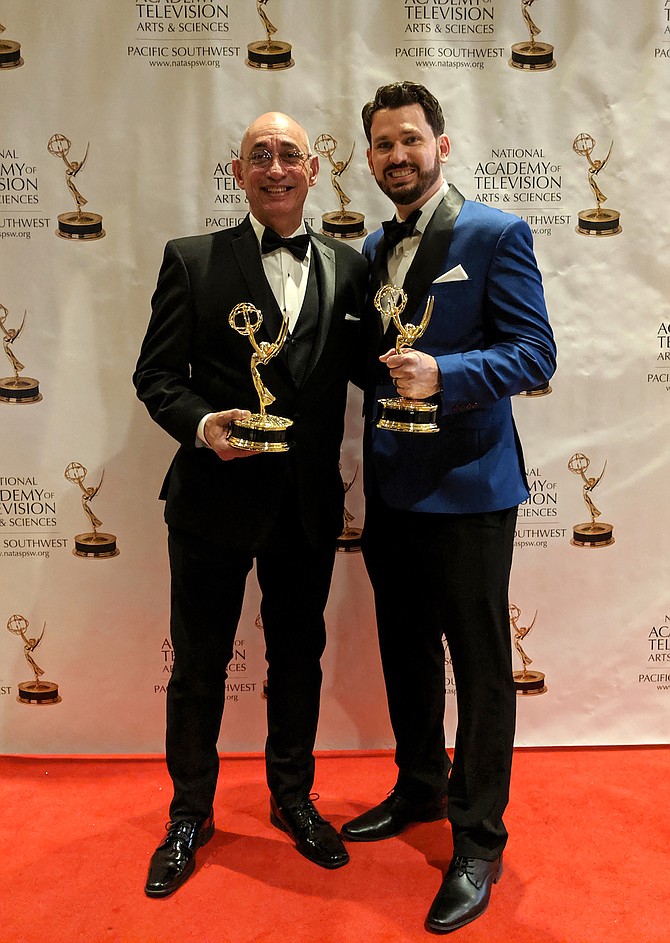 Eric Bonnici, Vice President of the Nevada Broadcasters Association (left), and Alphonse Polito, Producer and Director at Three Sticks Productions, smile with their Emmy awards on June 15 in Las Vegas.