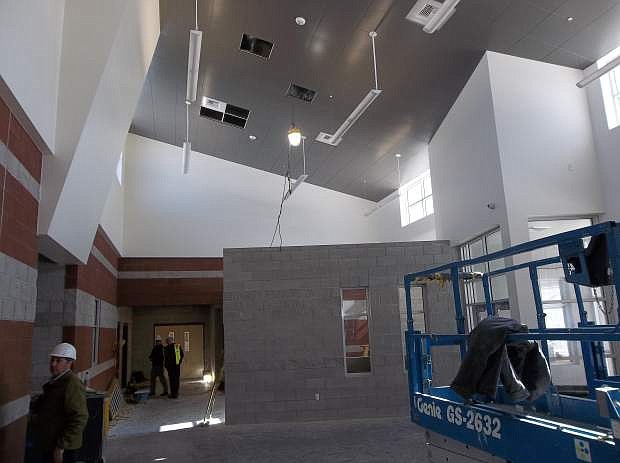 The new commons room at Pioneer High School will give students a place to enjoy their lunch, power up their laptop and collaborate, according to district staff.