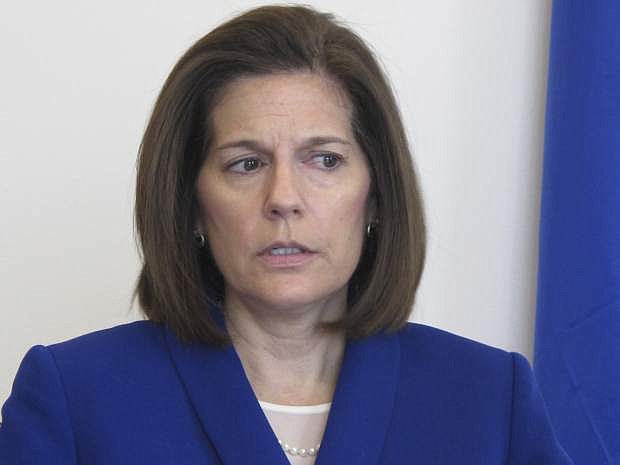 FILE - In this Jan. 11, 2019 file photo, Sen. Catherine Cortez Masto, D-Nev., talks to reporters in her office in Reno, Nev. Sen. Catherine Cortez Masto says Energy Secretary Rick Perry has committed to expediting the removal of weapons-grade plutonium it secretly shipped to a site in Nevada last year if she agrees to stop blocking appointments to vacant positions in his department. (AP Photo/Scott Sonner, File)