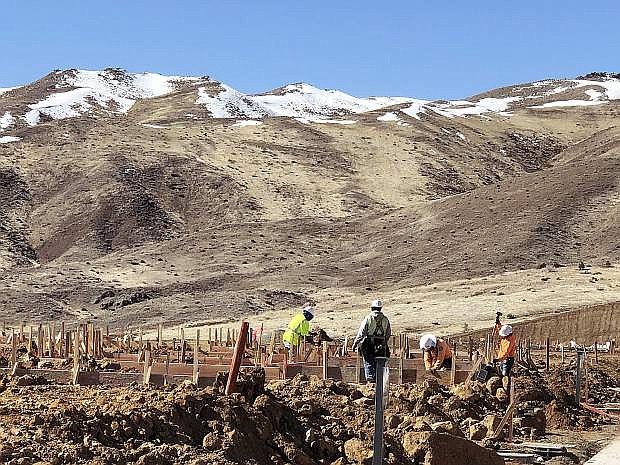 Crews work March 15 on building homes at The Cliffs at Somersett, a planned luxury home community being developed by Toll Brothers on the south of flank of Peavine Peak in Northwest Reno.