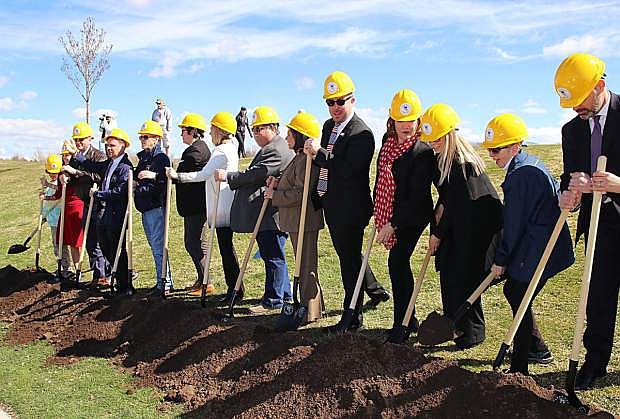 Scores of guests and veterans take part in groundbreaking ceremonies Friday for a new Nevada Veterans Memorial Plaza in Sparks.