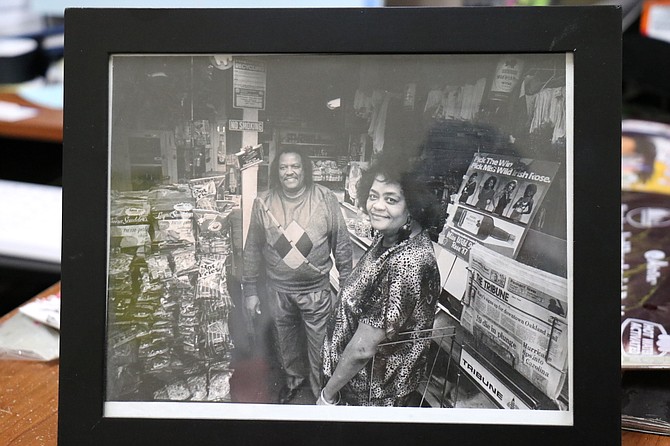 Inside Unbeweaveable owner Rose Buchanan&#039;s office is a photo of her parents, Wartney and Luvenia Buchanan, who owned a corner market in Oakland for nearly 35 years.