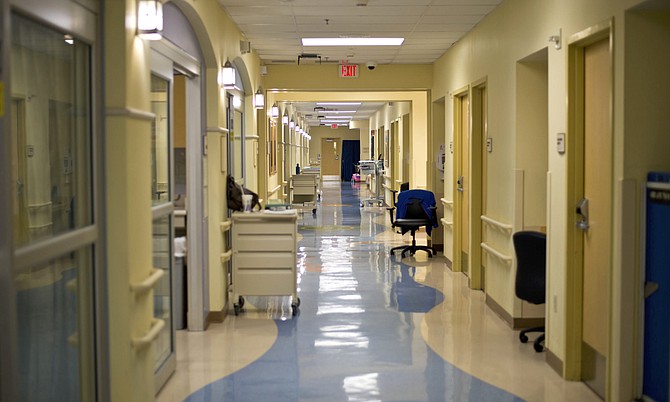 The neonatal intensive care unit at Sunrise Hospital is seen on Wednesday, Jan. 31, 2018.