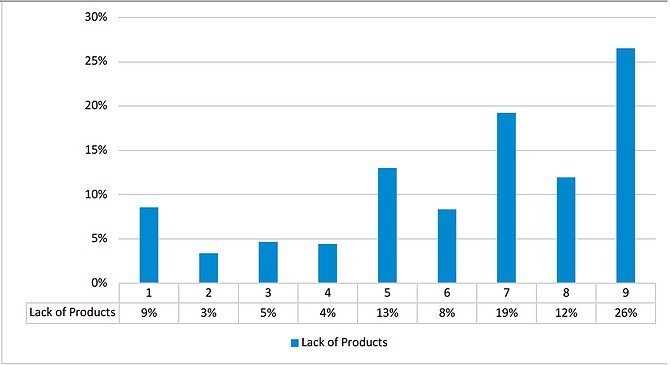 This graph from the Retail Association of Nevada shows answers to the following question: &quot;On a scale of 1 to 9, how difficult has it been to find the products you need at local stores, with 1 being not difficult and 9 being very difficult?&quot;