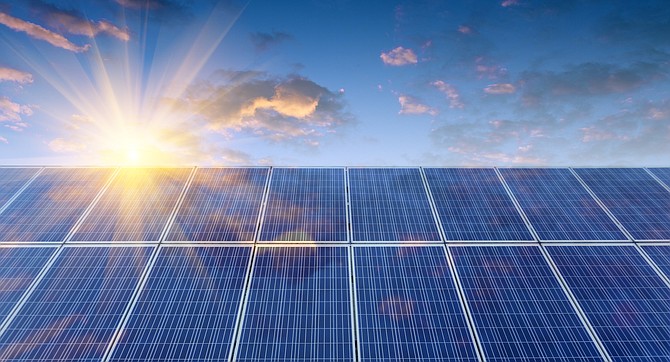 The project includes a large bank of solar arrays, an example of which is pictured here. Photo: Adobe Stock