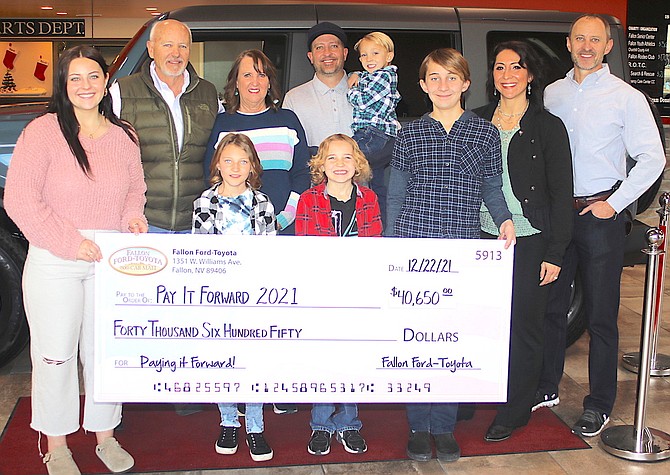 The Henning family displays this year’s total of $40,650 from the Pay It Forward program. Back row from left are Kurt, Debi, Clint (with Luke), Ember and Chris. Front row from left are Kamiah, Lili, Travis and Miles. Photo by Steve Ranson.